Blog - Latest News
You are here: Home / Best Practices / Retired but not tired 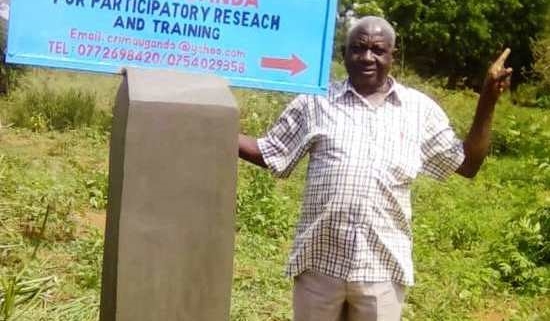 Retired but not tired, meet Mpande, The Older Person Leader

Mzee Mpande Joram Kigenyi, 67 years old, is a retired civil servant who has served different districts in Uganda as an Administrator, Auditor and, Development Worker, He is an outgoing, good-spirited gentleman and an example of what retired professionals should emulate Born and bred in a village on the outskirts of Kasodo Sub-county in present-day Pallisa District, Mzee Mpande is a married man and a Paapa (which means grandfather in both Lugweere and Ateso the indigenous languages spoken in Pallisa).

He extended his purpose for living by standing out to be counted when he stood for District Male Councillor representing Older Persons in Pallisa District Local Government for two consecutive political terms. He benefited from URAA Capacity Building training funded by National Endowment for Democracy in 2016 and currently is an Older Person Rights Activist/Advocate and most recently joined URAA BoD as a Member.

The Journey into leadership

After my election as a District Councillor for Older Persons in Pallisa district, I pondered a lot on how to implement my Manifesto that I had promised to advocate for Livelihood, Dignity and Rights protection and protection. I had in mind to support Older Persons with crops and livestock such as climbing yams, climbing groundnuts, eggplants, chickens and goats for their livelihood and dignity while advocating at the District Council to protect and promote human rights. I vividly remember that before the training, I only conducted two meetings that attracted Older Persons from my parish – Kainja. The first was basically to thank them for their political support. The second was to involve them in implementing my Manifesto at the parish level. Both meetings were held in my home.

I am quite delighted to have witnessed and participated in deliberating issues about older persons at a level of the District Council for Older Persons. Furthermore, as a result of the Capacity Building Project, I have participated in several Radio Talk shows increasing awareness of Older Persons’ Rights, Dissemination of the Older Persons Act, Policy and Guidelines made it all for me as a political leader.

I have also achieved several changes. Through training by URAA, I have been transformed and empowered on the issues of older persons, particularly representation for their rights. I am networking with other older person leaders across Uganda.

My glimpse into the future arena for Older Persons has drawn nearer and is now clear for me to pursue. I thank URAA for empowering me in this new and virgin area for effective representation. Already, I am conducting short courses on Gerontology and Geriatrics at Pallisa and Namataba in Mukono. Beneficiaries of these short courses are already Volunteers of the Health and Well-being of Older Persons. I hope to establish a Training and Research Centre in Pallisa focussing on older person issues.

After the Age Care Champions training by URAA, I developed a Community Based Rehabilitation (CBR) Concept Paper to be shared by district leaders of Older Persons, Youth, Women and Persons with Disabilities. Through our efforts, our District has seen budget considerations of up to 4 Million UGX annually from Local Revenue from 0 UGX in previous years allocated to support the Older Persons’ activities.  I am positive most of my efforts are being redirected to ensure that the older person’s rights and welfare issues are on the lips of the leaders, politicians, young and old and more importantly the Ugandan Government.

To some older persons and their families, Paapa Mpande has become the first contact of call whenever their older grandparents need their issues to be provided to the audience. People have come to appreciate what the does.

Several older persons who have clocked the age of 80 years attribute his efforts for advocacy to have helped them to be included on the Social Assistance Grant for Empowerment (SAGE) distribution lists.

Article By : Were Wataga Emmanuel Fred In remembrance of an inspiring Older Person Activist/Ambassador: Claudia Naluyima...
Scroll to top