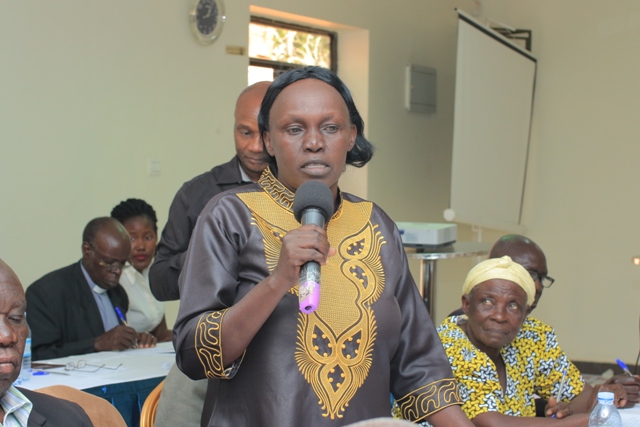 [dropcap type=”default”]A[/dropcap]ge Demands Action campaigns are usually undertaken by URAA with support from Help Age International. These campaigns make use of calendar events to bring concerns of older persons to the notice of policymakers, implementers, and the community. In the period under review, URAA organized events around World Elderly Abuse Awareness Day (WEAAD) which were held in the Central Region of Uganda in Mukono District.

In collaboration with HelpAge International, URAA supported a medical camp as well as joining Older Persons of Mukono, Jinja and Kampala to celebrated the World Elderly Abuse Awareness Day (WEAAD) in Mukono Saza Grounds where Older people showcased and shared some of their challenges, the occasion was graced by the Minister of State for Gender as the Guest of Honor who pledged her support towards reducing the plight of Older Persons.

Radio Talk Shows and scripts airing.Radio talk shows remain a feasible strategy for URAA to reach a wider beneficiary group and stakeholders than those engaged through face to face interactions. In at least 4 regions East, West, North and Central Uganda 4 radio talk shows were aired. (One per region) Radio talk and Television Talk shows were hosted with panelists including URAA, HelpAge International in Uganda and Ministry of Gender Labour and Social Development (MGLSD), District Councilors, OPAs, District Executive committee members.

The talk shows covered issues of ageing and rights issues including governance, land rights ensured older persons were more aware of their rights and could therefore adequately protect them. The community members listening in received information on rights issues and how to protect the rights of older persons. Through radio talk shows, we have reached those that could not be reached with the training and other faces to face activities because in these the population was educated through listening, a number of the listeners were able to call in and directly engage the presenters. Community members engaged with have indicated that they have accessed rights information through the radio talk shows. Approximately, the radio talk shows reached 400,000 – 600,000 people in each region.